I had the best Facetime call with my mom yesterday afternoon. It was an absolute gift. But, it didn’t start out that way. My dad is supposed to have in-home coverage on the weekends, but that has been a real crapshoot, especially recently. You can read my blog post The Problem with Home Health Care for more details. Anyway, he is supposed to have help on Sundays, but lately that has just not been happening. Many times, he will call his sister, my Aunt Elaine, to come over for a few hours to give him a break. I wasn’t sure what was going on there yesterday, so I texted my dad to see if he was home with my mom and asked if he wanted to Facetime. He said that he was and that my Aunt Elaine were there, too. I told him that we could wait until after she left if he wanted to, but he said, “No, now is fine.”

There was something so urgent in his reply that I could tell they were probably all having a bad day, so I wasn’t expecting much out of the call. As soon as they answered, I could tell that I had been right. Everyone looked tired. Exhausted. Drained, mentally and physically. For the first several minutes, my mom didn’t say a word. She didn’t respond to anything I said. I tried everything. She just sat there with her head down and her eyes closed. It would have been so easy for me to just give up and hurry off the phone, but I just kept trying to get through to her. I said all of the crazy things that usually get her to laugh and I sang all of the silly songs that usually get her to smile. I felt like I was performing a comedy act in front of a room full of crickets. Like, “Um, hello? Is this thing on?” She wasn’t breaking. I didn’t get too upset over it because these things happen and not every call is going to be a good one. We had a great Facetime call last weekend, so I figured that I shouldn’t push my luck too much.

But then, out of nowhere, she said that my husband flies helicopters for the military. I was so proud of her for remembering that! I told her that she was exactly right and that she did a good job. I started cheering for her and singing the name game. “Jerie, Jerie, bo-berie, banana-fana-fo-ferie, fe-fi-mo-merie, Jerie!” She started smiling so big and laughing so hard that she couldn’t stop. That was just the beginning.

Over the next thirty minutes or so, I kept saying funny things, like telling her that my dogs eat worms, and singing silly songs, like the name game. My mom absolutely lit up! She was so happy! It was unbelievable. Throughout the rest of the conversation, she must have told me she loves me about fifty times. She kept saying things like, “I just love you! I’m having so much fun with her! You make me laugh!” She pretty clearly asked me where my husband, Steve, was and what he was doing. I told her that he was at the gym exercising and she said, “Oooh!” She talked about him flying helicopters for the military and we joked about asking for a million dollars for Christmas (just one of our little inside jokes). It was as if she had suddenly woken up. She laughed at every song and got every joke. Then, she gave me the gift that every Alzheimer’s daughter dreams of. She said, “I’m your mama.” I held back tears, as I told her that she was right and did my best to memorize every single detail about that moment. It was the best.

It would have been so easy to just hang up after the first five or ten minutes of not getting through to her. But, I didn’t want to give up on her. Or my dad. Or my Aunt Elaine. They all looked so exhausted and so drained. I wanted so badly to fix it. I wanted to help in some small way, in any way that I could from 1,000 miles away. I wanted to make it better. I just kept trying. I kept doing all of the things that always make her smile and laugh. I was determined to get through to her. And eventually, I did just that.

I’ve said before that Facetiming with my parents is often difficult. For one thing, my dad has to be home with my mom in order to do it. It can’t be too early or too late in the day. And sometimes, my mom is just not having a good day and my dad is too freaking exhausted to deal with trying to Facetime. I’ve also said before that I tend to avoid Facetiming with them like I try to avoid running into people I know at the grocery store. It’s just not something I want to do. It’s too hard. It can be too sad and depressing. I just can’t deal with it sometimes. But, I’ve recently been feeling very bad about not Facetiming with them more often. Although it’s not easy, I know that one day I will be begging for the opportunity to Facetime with my mom, but it will no longer be an option. I always preach about sucking it up and doing it anyway because as hard as today is, one day you will be begging to have it back. So, I decided to take my own advice and commit to Facetiming more often with my mom while I still can. I’m not saying that I’m going to do it once a week or every other week. I’m not putting that much pressure on myself because life happens and shit happens and sometimes I just won’t feel like doing it. But, I’m simply making a commitment to do it more often while I still have the chance.

We all have days when we just want to give up. It’s too much. It’s too hard. It sucks up all of our energy. What’s the point anyway? None of this is really helping. None of it is going to make her get better. It doesn’t really matter what I do. She won’t even remember it. It doesn’t make a difference. While I totally understand having those feelings, I’m here to tell you that it’s wrong. Not that it’s wrong to feel that way, but it’s just not true. It does matter. It does make a difference. It’s not going to make her better, but it will make her happy. She won’t remember what you said or did, but the feeling of being happy and loved will stay with her for a long time. It will radiate off of her and make everyone’s life a little bit brighter. Is there anything better than making someone with Alzheimer’s smile? I don’t think there is. 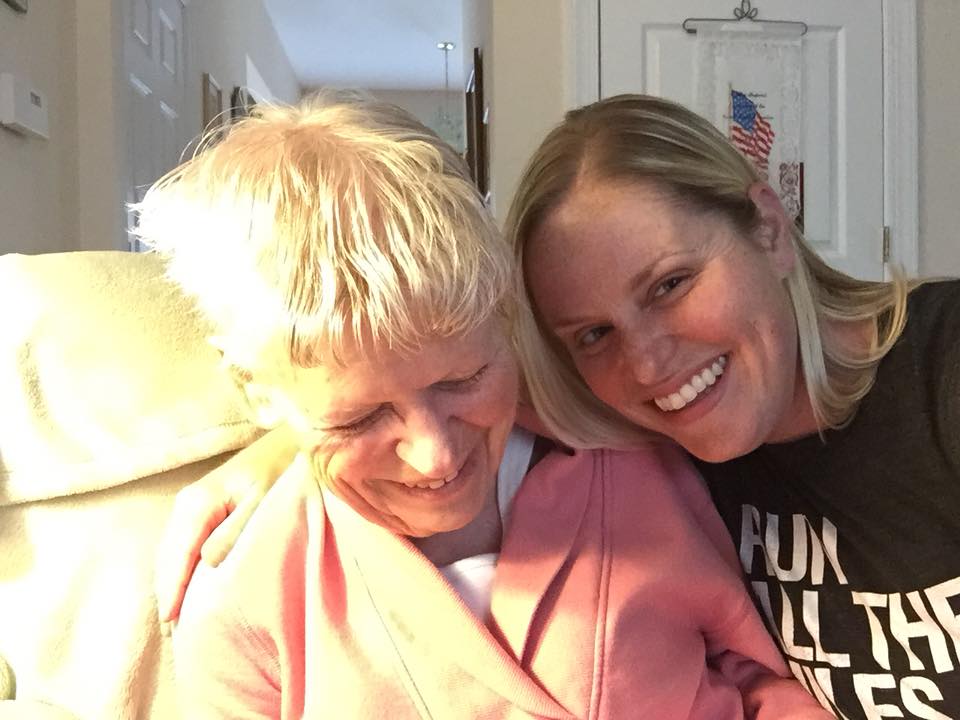 3 thoughts on “Keep Showing Up”